Gameweek 19 of the Absa Premiership sees Mamelodi Sundowns at the summit of the table on 42 points, six points above second-placed Bidvest Wits. Pitso Mosimane’s side will travel to Zimbabwe to take on Chicken Inn in the CAF Champions League Preliminary Round, following their midweek encounter away to Orlando Pirates. In the other midweek fixtures, Bidvest Wits will play host to Kaizer Chiefs on Tuesday night, while in-form Black Aces travel to Cape Town Stadium to take on Ajax on Wednesday. That leaves us with just five fixtures on the weekend with a valuable five leg multiple on offer. 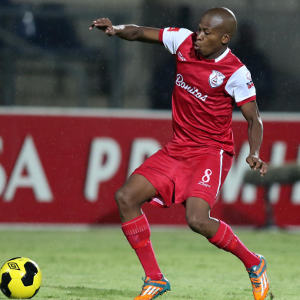 Jomo Cosmos 17/10
Draw 21/10
Free State Stars 3/1
Both teams are coming off losses and will be hoping for positive responses. Jomo Cosmos suffered a 2-1 defeat away to Chippa United, while Free State Stars were thrashed 5-2 at home to Sundowns. Jomo Sono’s men are winless in three matches with two defeats. However, they have been much better at Olen Park where they’ve lost just once in their last six games. In those matches, they’ve won three times and held Kaizer Chiefs and Black Aces to draws. Ea Lla Koto are winless in three games with two defeats and showed their defensive frailties against Sundowns last time out. With home advantage, Jomo Cosmos are tipped to edge the win.

Polokwane City 11/10
Draw 43/20
Golden Arrows 47/20
Polokwane City succumbed to a 3-0 loss away to Platinum Stars, their fourth straight defeat on the road. At home, Julio Leal’s side have been the opposite with four wins on the spin, scoring 10 goals while conceding just three times. Golden Arrows are winless in five matches, including four straight defeats without finding the net. However, they have looked much better on the road, beating SuperSport United, Orlando Pirates and Free State Stars. It should be a tight affair, but I’m going with Polokwane City to make home advantage count. 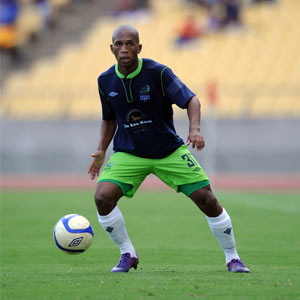 Maritzburg United 11/4
Draw 23/10
Platinum Stars 19/20
Maritzburg United suffered a 3-2 defeat away to Kaizer Chiefs, courtesy of a last-gasp Lorenzo Gordinho header. Ernst Middendorp would have been pleased with that performance, but his team need to get positive results if they are to avoid the drop. The bottom-placed club are winless in seven matches with three straight losses. Their opponents, Platinum Stars, extended their unbeaten run to four games after clinching a 3-0 victory over Polokwane City at Royal Bafokeng Stadium. Dikwena are fifth on the table on 30 points, only two points behind Kaizer Chiefs with a game in hand. Cavin Johnson’s side are in good form and will look to pile more misery on Maritzburg. Take the away win.

Bloem Celtic 14/10
Draw 21/10
Chippa United 19/10
Bloemfontein Celtic stretched their unbeaten run to three matches following their goalless draw away to Black Aces last weekend. That was their second draw in a row and Serame Letsoaka’s side will be hoping to take maximum points here. Celtic will fancy their chances against the Chilli Boys at the Free State Stadium on Sunday. Chippa United recorded a 2-1 victory over Jomo Cosmos at the Buffalo City Stadium last weekend, their second straight home win. However, their away form is a concern for Dan Malesela’s side with their last two games on the road ending in defeat. Bloem Celtic lack firepower up front so I’m backing a draw. 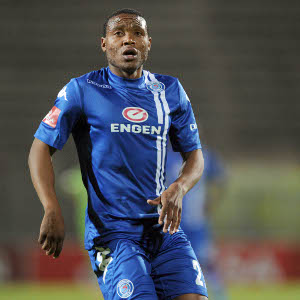 SuperSport United 17/20
Draw 47/20
University of Pretoria 63/20
Stuart Baxter suffered his first defeat as SuperSport United head coach, going down 3-1 to Ajax Cape Town at the Lucas Moripe Stadium last Sunday. That was Matsatsantsa’s seventh defeat of the season and Baxter will demand an improved performance from his players. This weekend SuperSport will host University of Pretoria who are in the relegation play-off position. Shaun Bartlett’s side went down 1-0 to Pirates last weekend, with Thabo Matlaba scoring the goal in the 70th minute at Tuks Stadium. AmaTuks are yet to win a match away from home this season with five defeats from eight games played. SuperSport are struggling to find their rhythm, but should make home advantage count here.