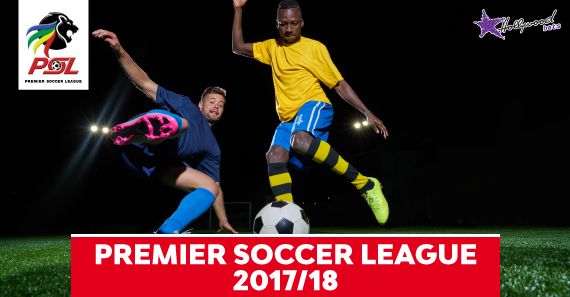 Bidvest Wits were crowned 2017 Telkom Knockout champions after a last minute goal handed them a 1-0 win over a gallant Bloemfontein Celtic at the Princess Magogo Stadium on Saturday evening.

The Clever Boys were on top for most of the first half while Celtic did manage to get in a couple of efforts on goal. The second stanza saw Celtic looking more lively in attack, although Wits also continued to enjoy chances as the game remained on a knife-edge before the late winner.

After a cautious start to the game, the Students began to stamp their authority on proceedings and Amr Gamal sent two headers wide in quick succession on the 15 minute mark.

Roggert Nyundu had Phunya Sele Sele’s first opportunity when, from outside the box, he flashed a volley just wide of the target on 20 minutes.

Bidvest Wits looked set to go ahead when Celtic defender Wandisile Letlabika deflected Gabadinho Mhango’s cross towards his own net, but the ball hit both uprights before eluding both Daylon Claasen and Gamal.

Ndumiso Mabena had a chance in first-half added time for the Free State team, but his snap shot from just inside the box was comfortably saved by Darren Keet.

Victor Letsoala had the first opening of the second half when he ran onto a long ball in the 62nd minute and looped a header over Keet, but the Wits keeper did superbly to touch the ball onto the bar.

Mabena headed another Celtic chance wide before Thabang Monare and Mhango had efforts on goal for the Clever Boys, but both fired fairly tame shots at Phunya Sele Sele keeper Patrick Tingyemb.

But with the chances on goal drying up, extra time appeared imminent.

However, the superb Gamal took matters into his own hands, or feet, as he skipped past a couple of defenders on the left before crossing for substitute Vincent Pule, who did brilliantly to back-heel the
ball into goal on the turn.